In the picture: Our ColdCare Shot, the immunity boost of the season

We have something new at JUIZS: Shot Seasonal. A varying shot per season. The first to kick off this winter season is the Cold Care shot: an ideal shot for the colder months. So get to know our ColdCare shot in this blog:

The ColdCare shot combines all the goodness of Orange (Vitamin C) with power ingredients such as ginger, turmeric and apple cider vinegar. We have already written other blogs about the health benefits of ginger and turmeric. A special ingredient in the ColdCare shot, however, is oregano. You probably know oregano from the Italian kitchen as a seasoning for your pizza or pasta, but it is actually a very healthy spice. I did some research and came up with the following information:

Oregano is a very powerful natural antibiotic, it neutralizes free radicals and slows down the aging process. It is an extremely strong anti-oxidant. Oregano is also a natural pain reliever. It directly counteracts fungal infections, bacteria and viruses, because these invaders are attacked and dehydrated. It also helps with digestive problems.

Oregano is also an antiviral agent, combats herpes and even the flu. It helps against inflammation and blockages. It also works against stomach cramps, nervousness and other internal complaints. Oregano is widely used for mucosal inflammation of the stomach, mouth and throat.

All in all, a very valuable ingredient in our ColdCare shot! we are therefore very curious what you think of the shot.

JUIZS IS MORE THAN A JUICE 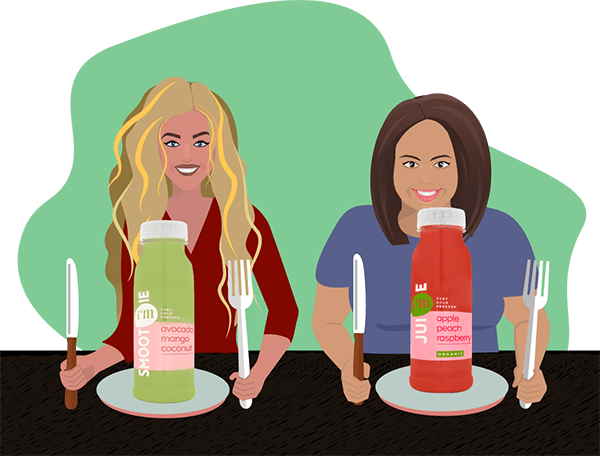 With discount code #juizs4iedereen YOU receive a 20% discount on your package of choice and we give FREE juices to the Dutch “Voedselbank”.